The trumpet community announces a consortium to commission Dana Wilson to compose a concerto for jazz trumpet and wind ensemble.  (The solo part will be completely notated for non-jazz players--though a jazz sensibility is preferred--but there will be sections for optional improvisation.)  The work will be 15-20 minutes in duration, and the ensemble parts would likely be of moderate (grade 4) difficulty. 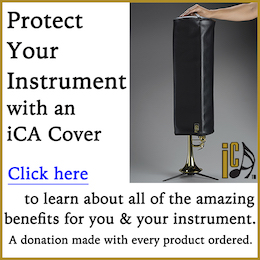