About the ITG Recollections Project by Dr. Kim Dunnick

Several years ago, Jane and I noted the passing of a number of prominent trumpet players, several long retired, but a number at an unexpectedly young age. These players and teachers were active in different genres, but each had brought something important and lasting to the trumpet community. Several of the recently passed players had been the subjects of articles, interviews and even videos, but many had not.

Jane and I decided to begin a project to video some of the current “greats”, to gather some documentation of their accomplishments, ideas, difficulties, and perhaps just some interesting anecdotes, from their own mouths. Please keep in mind that neither Jane nor I have any training on video equipment, and this is not presented as a professional product. It’s just something we wanted to do, and we hope you find it interesting. 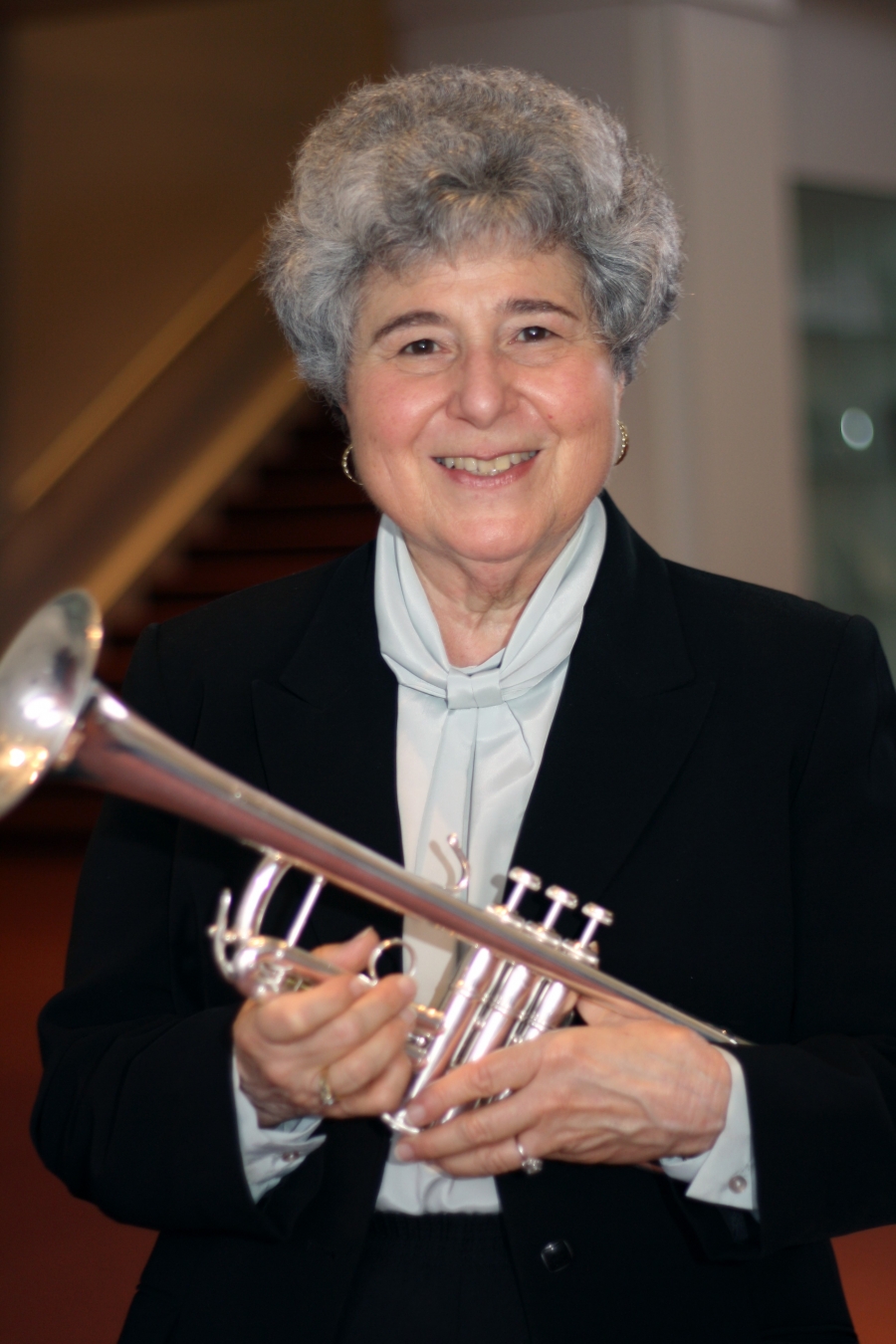 Acknowledged as the first woman trumpeter in a major symphony orchestra, Marie Speziale retired from the Cincinnati Symphony Orchestra in November of 1996 after having served as its Associate Principal Trumpet for thirty-two years (1964-1996). A graduate of the College-Conservatory of Music in Cincinnati, Ms. Speziale studied with Robert Price, Robert Braunagel, Eugene Blee and Arnold Jacobs.

Since retiring from the orchestra, she has remained active as a performer, teacher and clinician. She has served as Visiting Principal, Associate Principal and Second Trumpet of the St. Louis Symphony Orchestra, including their European tour, Carnegie Hall concerts and recording of Beethoven's Symphony No. 5. She has toured with DIVA (the women's jazz band) and the Florida Symphony Orchestra. She performs with the Monarch Brass Quintet and Monarch Brass Ensemble, which she also conducted at the 1997 International Women's Brass Conference. She has flown to California to do studio recordings for the television series Star Trek: Voyager, at Paramount and 20th Century Fox studios.

Ms. Speziale has been active as a clinician, a participant in numerous conferences and leader of master classes in Europe, Japan and throughout the United States. She was a featured guest artist at the 1993, 1997, 2000 and 2003 International Women's Brass Conferences and the 1998, 1999, 2001 International Trumpet Guild Conferences. She has served as artist faculty at the 1998, 1999 and 2000 Summit Brass Mendez Institute, performing with Summit Brass, coaching ensembles, presenting master classes and conducting brass orchestral repertoire reading sessions. In 1999, she was one of six Americans (and the only woman) to be invited by the Tokyo International Music Festival to perform in its first Super World Orchestra. Ms. Speziale also served as adjudicator for the National Trumpet Competitions held at George Mason University in 2000, 2001, 2003 and 2004.

From 1979 to 2002 she was Adjunct Associate Professor at the University of Cincinnati College-Conservatory of Music, and was Professor of Music at Indiana University from 1999 to 2002.

In 2002 Ms. Speziale stepped down as President of the International Women's Brass Conference and now serves on its Board of Directors. She has served on Board of Directors of the Northern Kentucky Symphony Orchestra and on the editorial committee of the American Music Teacher, the official journal of the Music Teachers National Association. A member of the American Federation of Musicians, Ms. Speziale has served as secretary and on the board of the directors of Local #1 in Cincinnati, OH. She is a member of the International Trumpet Guild, Sigma Alpha Iota, Pi Kappa Lambda and Cincinnati MacDowell Society. She has won many awards and honors, including Leading Women in the Arts Award from the Greater Cincinnati Coalition of Women's Organizations, the Outstanding Woman of the Year in Music Award from the Tampa Tribune and the Sigma Alpha Iota National Leadership award.

Ms. Speziale has been a brass coach and has served on the audition adversity training panel with the New World Symphony. In 2005 she was invited to conduct their brass ensemble in their first concert of the season. In 2006, 2007 and 2008 she served on the faculty of the University of Cincinnati College-Conservatory of Music's Opera Theatre and Music Festival in Lucca, Italy. She conducted the brass choir, taught brass orchestral repertoire classes and served as brass chamber music coach.