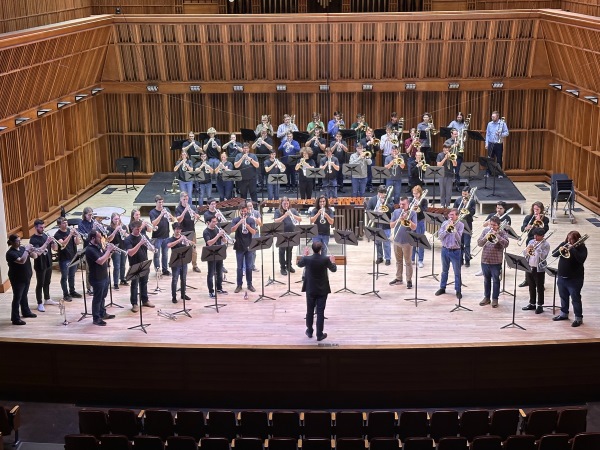 Stephen C. Campbell conducts the festival ensemble
BSU faculty titled the festival "Heavy Brass" because a composer identified the trumpets and trombones and the "heavy brass" of the orchestra.
The event began on the evening of October 15 with Marie rehearsing the BSU Wrecking Crew Tattoo on the end of Act 2 of Die Walkure by Richard Wagner, transcription by Stephen C. Campbell, which was to be performed at the final event concert. The students were instantly captivated by Marie's enthusiasm and zest for music. The majority of the studio remained well after the end of rehearsal to meet Marie and get pictures.
The next morning began with a "touch-up" rehearsal of the Wagner, followed by a brief mass trumpet/trombone ensemble rehearsal for all BSU students and event guests. This rehearsal began with an intonation activity, followed by an arrangement of The Road Home by Stephen Paulus, arr. Campbell.
After lunch, Marie lead a two-hour masterclass featuring a student brass quintet performing Eric Ewazen's  Frost Fire which was directed by graduate assistant Jeffrey Doll; the Ball State Symphony Orchestra trombone section performing Brahms Symphony No. 2 in D Major; two solo trumpeters; and ending with a brief Q&A session. 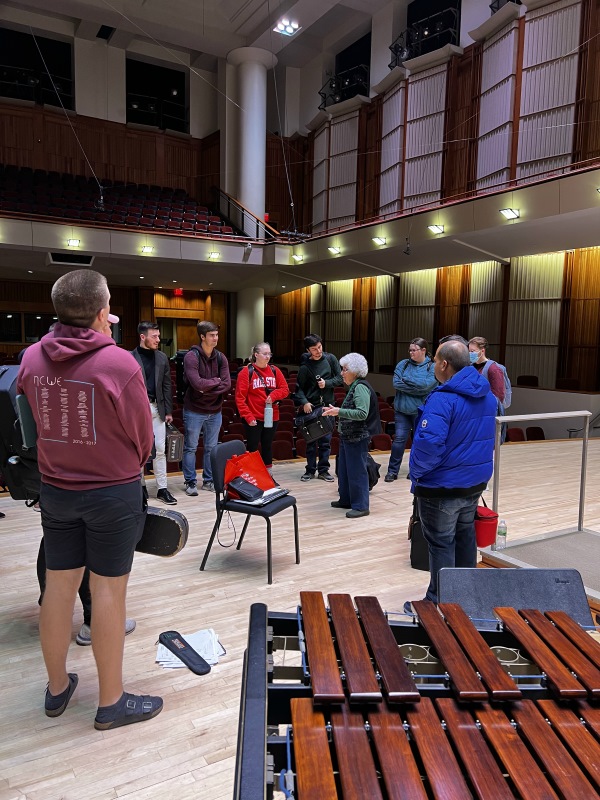