The winners of the 2022 Laurie Frink Career Grant are Alexandra Ridout and Jason Charos. 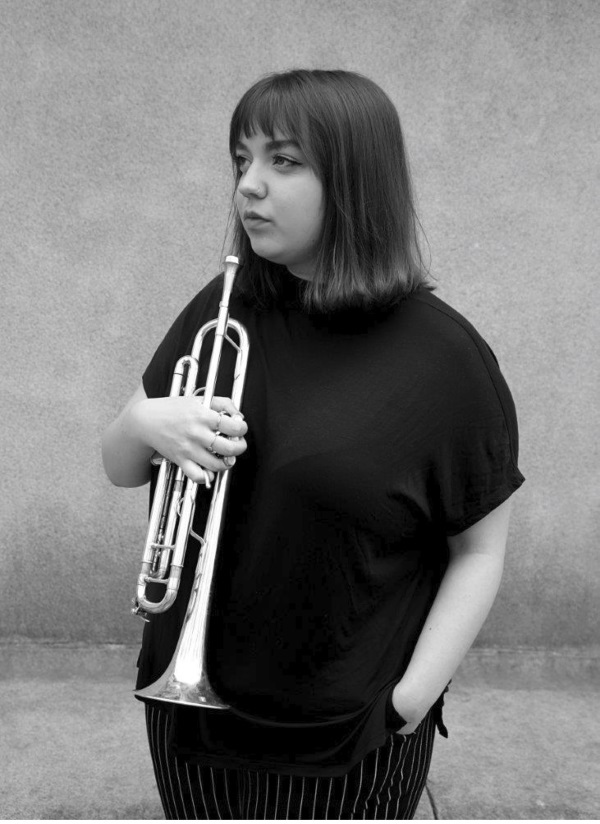 Alexandra Ridout, a jazz trumpeter from the UK, is currently studying her master's degree at the Manhattan School of Music. She recently went on European Tour with the Grammy nominated, Blue Note signed all star band Artemis. Alexandra was crowned the winner of the BBC Young Musician Jazz Award 2016 and noted in "The shape of jazz to come: who to look out for in 2018" in Jazzwise magazine. In 2018 Alexandra won The British Jazz Awards "Rising Star" category. In October 2019 Alexandra was named one of "London’s Most Influential People under 25" and was a Parliamentary Jazz Awards nominee in 2020. Alexandra joined British jazz luminary Clark Tracey’s latest Quintet in 2017 who performed regularly promoting their most recent album ‘No Doubt’. She often performs with ECM artist Kit Downes, and world renowned Jason Brown. She was chosen for the JEN Sisters in Jazz Collegiate Combo 2021. Alexandra released her debut EP Remote Duets in 2020. She has featured on various albums. Alexandra fronts her own Quintet, who have recently recorded their debut album. In 2022 she performed in Köln with award winning pianist Pablo Held. Alexandra performed at the Jazz Gallery in New York with Dayna Stephen’s Custom Deluxe. She has been invited to perform at the Festival of New Trumpet Music in New York in 2022. 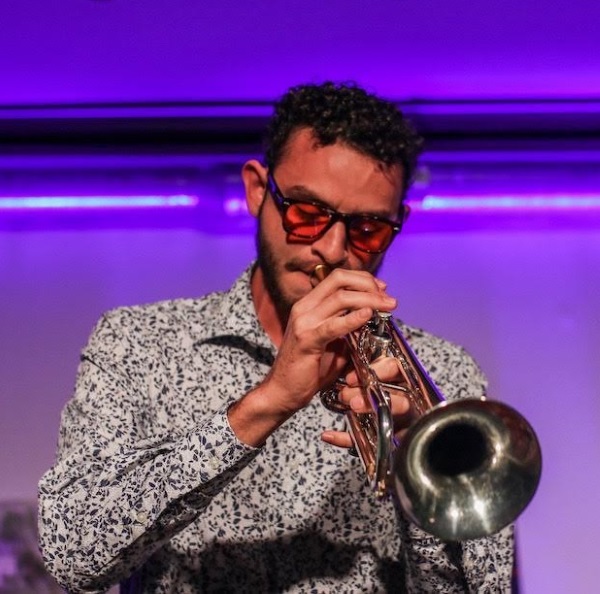 Jason Charos is a Miami-based jazz trumpeter. He is a graduate of the Frost School of Music and is currently pursuing a Master of Music at The University of Miami - Frost School of Music in jazz trumpet, where he serves as a teaching assistant to Brian Lynch. His career highlights include performing with Sammy Figueroa's Latin Jazz Explosion, recording on the GRAMMY Award-winning album The Omni-American Book Club by the Brian Lynch Big Band, and preparing and copying material for a Dave Liebman album of Booker Little's music. Other accolades include winning 2nd place in the 2019 National Trumpet Competition - Jazz Division. In March 2022, Charos recorded his debut album, which is comprised entirely of original music. It was produced by Lynch and will be released on his label Hollistic MusicWorks. The album features performances by Brian Lynch, Dafnis Prieto, Melvin Butler, Carlo De Rosa, and Ludwig Afonso. It is set to release at the end of 2022.

On September 11 at 2pm, the Festival of New Trumpet Music (FONT) will sponsor a Masterclass led by Nadje Noordhuis, a former student of Laurie Frink, which will be held in Laurie' studio in New York . She is a world renowned trumpet player and teacher. Following the masterclass, there will be an Awards Ceremony to honor these incredible, young musicians. Both winners will perform a short set.

FONT is opening limited in-person seats for this event to the Laurie Frink email supporters. If you wish to attend, please RSVP by Sept 1 to [email protected] Tickets are a suggested $20, which is a donation to the grant. The event will also be livestreamed at fontmusic.org 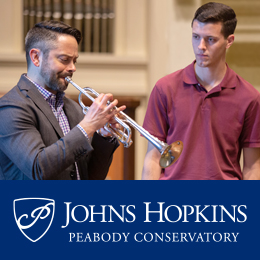