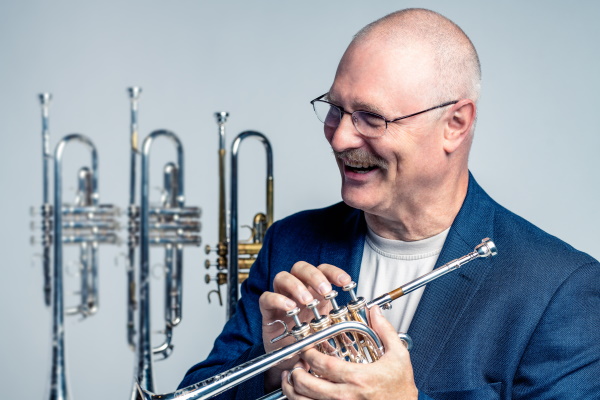 Everson serves on the faculty of the Boston University College of Fine Arts and as Principal Trumpet of the Boston Pops Esplanade Orchestra. A renowned international soloist and clinician, Everson has toured throughout the U.S. and world to much critical acclaim. Terry Everson brings with him a depth of knowledge of the brass band world, having previously served for eight years as Principal Cornet and Concertmaster of the New England Brass Band, including two years as Assistant Conductor and four years as Associate Conductor. He has also served as Principal Cornet and Concertmaster of the Lexington (KY) Brass Band, Soprano Cornetist of Brass Band of Battle Creek, and arranged for the brass band idiom. He has appeared as a soloist and on recordings of other brass bands across the globe as well, including the Brass Band of Columbus, Triangle Brass Band, Youth Brass Band and Youth Brass Ensemble, and the Chicago Brass Band, to name only a few. Everson is also an accomplished pianist, arranger, composer, and an avid church musician. Everson succeeds Stephen Bulla, retired Chief Arranger to “The President’s Own” United States Marine Band and Chamber Orchestra. (Source: Andrew Harms)