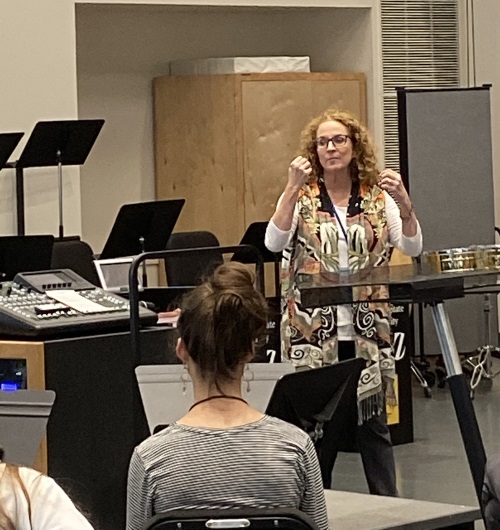 Sunday evening provided one of the annual highlights of the festival, the Crossroads Jazz Orchestra, under the direction of Hastings, which featured the guest artists and festival faculty. The evening was full of great music including standards such as “Georgia On My Mind” and “Honeysuckle Rose”, and more contemporary works such as “The Tao of Heavy D” and “T-Rex.” 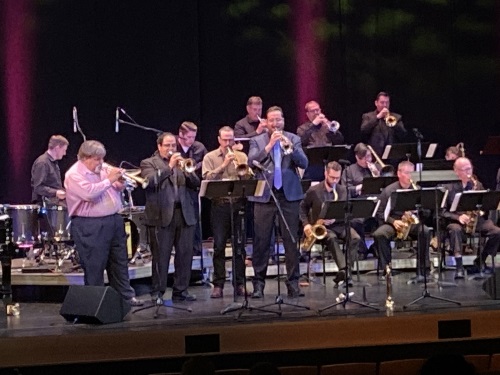 The second day of the festival started off with two group warm-up sessions, a Jr./Sr. class led by Dr. David Amlung, and a college/professional warm-up session lead by Tim Wootton. Following was the Jr./Sr. Master Class led by Dr. David Hunsicker, Kevin Tague, and Bill Richardson.  The class presented an opportunity for students from around the four-state area to work with leading college professors. Others not involved in the master class joined Eric Dickson for a group trumpet ensemble reading session that covered works by Bruckner, Jacob, Grainger, Uber, and Gabrieli.

The afternoon was dedicated to the guest artists with a “Meet the Guest Artists Q&A” moderated by Dr. Iskander Akhmadullen, Ben Hay, and Gabriel DiMartino. Following was a masterclass for college students with Rex Richardson and Vince DiMartino.

Mike Corrigan (BAC Musical Instruments) was a new sponsor for the festival and provided two great opportunities for students and band directors to learn about instrument repair and the evolution of brass instruments.

Closing the festival was the Faculty and Guest Artist Recital. In addition to the guest artists, the festival had a faculty of eighteen professors from across the United States. In celebration of Vince DiMartino, Todd Hastings commissioned a new work from composer Barbara York for trumpet ensemble and two soloists (Vince and Gabriel). Entitled Ripples, the work portrayed the mass positive influence of the Vince DiMartino in a variety of styles.   Next year’s festival will take place on October 4-5, 2020.  Information can be attained from Todd Hastings at: [email protected]